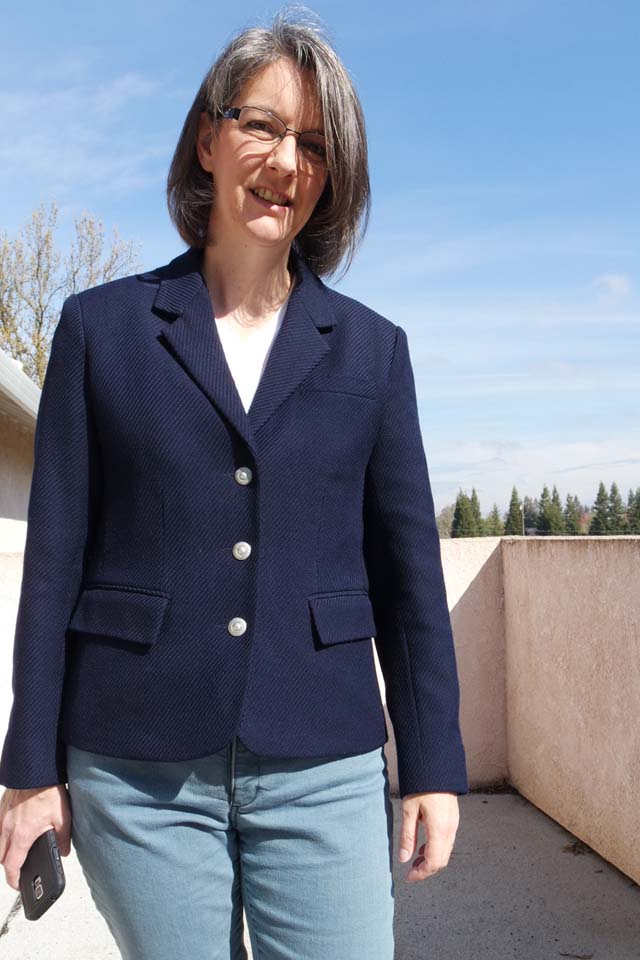 I should really call this the Very Imperfect Semi-Couture Blazer.
I was so excited when I bought this pattern. The last time I did any tailoring was in 1984 when I spent the summer working on my 4H project with MUCH help from my mom. I've been wanting a nice blazer for years, but I'm too picky about fit to buy one.

I wasn't intimidated by the pattern. I can sew at an advanced level when I want to and I'm not afraid to try anything. But OH the hand work involved! It wasn't hard, but SO time consuming. I think I watched at least 2 seasons of Gilmore Girls on Netflix while I made this blazer.

Before Christmas (and before the Gilmore Girls marathon) I made a muslin, which was a good thing because I totally slashed across the back to add shape and length, I recut the front with a small bust adjustment, and I tried out two different sizes of sleeves. (Turns out I'm a 14 in the shoulders, waist and hips, and a 10 in the arms. Who knew?) I also narrowed the shoulders, which I have never had to do before, and changed the roll line so I could add a 3rd, higher button at the front.

At first I was stumped by the SBA and how the shoulder dart would work with that. I suppose I could have looked up how to do it but that would take all the fun out of the project, right? Here's what I ended up doing: 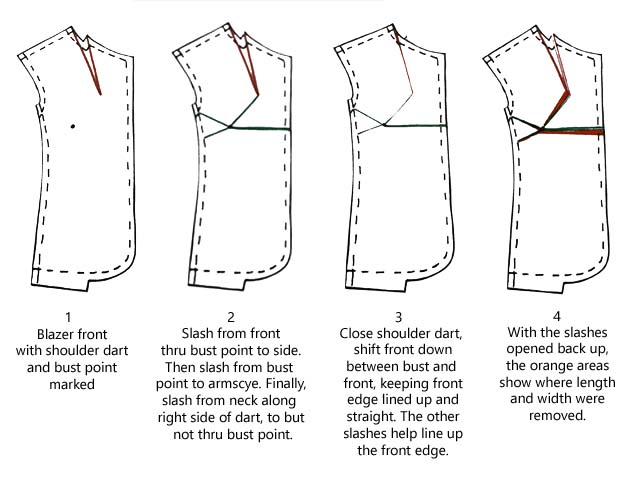 This isn't meant to be a tutorial but I thought it might be helpful to someone in the same situation. Picture #3 shows what the altered pattern piece looked like. #4 is to show the effect of the alteration. I can't say how this would work for someone else, but it was a life-changing revelation for me and I love the fit of the new pattern piece. (And I probably should mention that I had to change the position of the upper pocket, aligning the grain of the pocket welt with the new grainline of the upper chest.)

Besides the fitting, here's what I learned from this project:

1. Hand sewing is not the enemy. Hand basting can be a wonderful thing, and hand stitching in general can be kind of relaxing. That said, I'll skip as much of the hand stitching as possible the next time I make this pattern.

2. I wouldn't use this pocket flap pattern again. I thought the pockets looked wrong on the pattern envelope and I couldn't quite figure it out. I think the problem is that the flaps are rectangles, folded right sides together and stitched up the sides. I tried to make the underneath half of the rectangles smaller, but in the end the flaps didn't want to curve around the body, even after heavy steaming over a pressing ham, and the sides are stiffer than the bottom edges. Next time I'll cut separate flaps and linings and probably round the corners a bit.

3. Hand buttonholes? I didn't even try. My machine makes fairly presentable keyhole buttonholes and I'm sure they look better than anything I could attempt by hand.

4. Next time I'll move the roll line back down and get rid of that top button. I thought it worked better with my shape but after seeing picture I'm not so sure. But then, it's not like I'll really wear it buttoned up...  Also, I chose not to lengthen the pattern for my long torso and I should have. Next time for sure.

5. In the Vogue patterns I've used the sleeve cap seems to be too high with too much ease. Next time I'll see if I can flatten it a little and eliminate most or all of the ease.

After months of working on this project, I can safely say I don't feel the need to put this much effort into an item of clothing for a very long time. 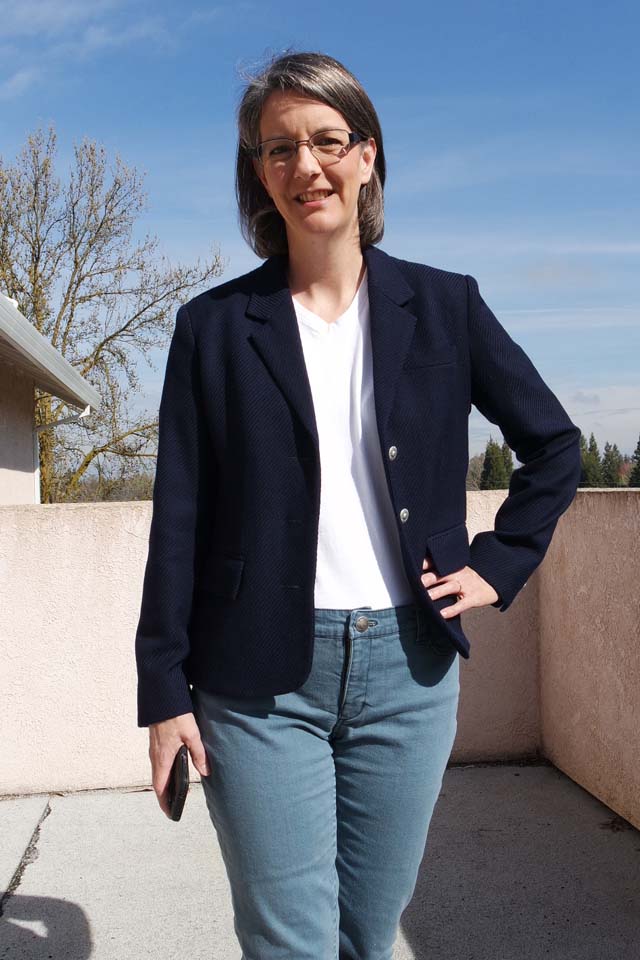 Bloopers:
Yes, I realize the pocket welts are wrong side out. No, I didn't realize it until after they were sewn on, slashed and turned. I'm just going to say I like the contrast and call it a happy accident, because that's what we do when we sew, right?
at March 07, 2016